When two bumbling Interpol rejects accept a bodyguard job and are caught in an international conspiracy, they must team up with a trio of bounty hunters to clear their name and find the man responsible for the destruction. Leading the group is Yi San, a martial arts expert with hallyu good looks and a moody high-schooler personality. Accompanying him is his partner Yo, a master sleuth who has a knack for finding humor in the worst type of situations. The two were released from Interpol a year ago and have been working as bodyguards for hire since. A vaguely worded job leads them to a hotel room in Incheon, South Korea, where a terrorist attack suddenly makes them seem like the culprits. With their informant dead and bounty hunters on their tail, the two have nowhere to run. The three bounty hunters chasing the Interpol duo are led by bossy heiress Cat. She has been on anti-terrorist missions since childhood, but that doesn't stop her from accessorizing and showing off some serious style. Her two accomplices are tech genius and hacker Swan and muscled fighter/group stylist/errand boy Babe. After some chasing and clearing of misunderstandings, the two groups finally decide to work together and track down Tommy, the mastermind behind it all. To catch him, the hunters will have to survive not only his destruction, but their own comedically uncoordinated incompetence. Can they solve the crime of the century and still find time to collect a good bounty? 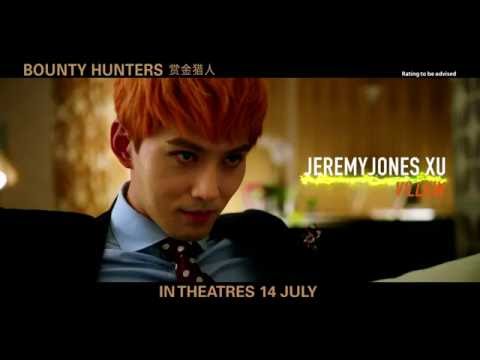